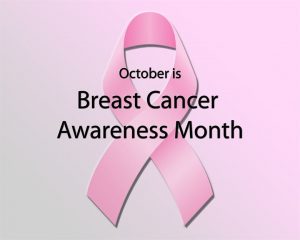 Historically, breast cancer was rare in lesser-developed countries, and it remains low in many of them today. Yet, with the growing impact of Western culture, its rate is rising in many countries. In the USA itself, breast cancer incidence has more than doubled in the past eighty years. Daughters and granddaughters of immigrants from Asia to the USA develop rates of breast cancer that rise to approach prevailing rates in the West. All of this suggests that factors in our Western culture outweigh genetic factors when it comes to their impact on breast cancer. What is it about our Western culture that is so hard on breasts?

We know today that many factors raise the risk of breast cancer. These include sedentary lifestyles, smoking, alcohol intake, stress, obesity, and a diet that raises the odds of developing cancer. All of these are important, but the diet factor is one of the most crucial. Research over the last few decades increasingly points to food as a major influence regarding cancer in general and breast cancer in particular. This growing emphasis on the impact of diet in cancer is a sharp reversal of thinking about this twenty years ago.

Two decades ago, most cancer specialists thought the idea of nutrition influencing cancer was ridiculous. This attitude still persists among many cancer clinicians and biologists, according to the authors of Nutritional Oncology. This textbook, edited by top scholars at UCLA and Harvard, leads the way in transforming our understanding of nutrition and cancer. Increasing research in this field is already being reported.

A new study out of Loma Linda University, funded by the National Cancer Institute, reported that vegans, who eat no meat or dairy products, have the lowest rates of cancer. Vegan women had 34 percent lower rates of female-specific cancers such as breast, cervical, and ovarian cancer. Why do vegans have a lower cancer risk? Kathy Freston, who reported on this study, explains: “Women placed on plant-based diets for just two weeks, for example, were found to suppress the growth of three different types of breast cancer.”

How does a simple dietary change inhibit cancer in just a matter of days? Freston says “The dramatic improvement in cancer defenses after two weeks of eating healthier is thought to be due to changes in the level of a cancer-promoting growth hormone in the body called IGF-1. Animal protein intake increases the levels of IGF-1 in our body, but within two weeks of switching to a plant-based diet, IGF-1 levels in the bloodstream drop sufficiently to help slow the growth of cancer cells.” Thousands of American vegans studied had significantly lower cancer risk as well as lower rates of obesity, diabetes, and hypertension.

Research done by Drs. Dean Ornish and Nobel Prize winner Elizabeth Blackburn found that a vegan diet triggered change in over 500 genes in only three months, turning on genes that prevent disease and turning off genes that cause breast cancer, heart disease, prostate cancer, and other illnesses. We aren’t helpless victims of our genes. The influence of diet on our genes and their impact on health is powerful.

A healthy lifestyle involves more than a eating a plant-based diet. A good exercise program, a healthy environment, good stress management, and healthy relationships with oneself and others have all been identified as important factors in reducing the risk of cancer and many other chronic diseases. All these elements are important for long-term health and well-being.

Dr. David Katz, the founding director of Yale University’s Prevention Research Center and author of the new book Disease Proof, strongly emphasizes the value of consuming wholesome plant-based foods as part of the healthy lifestyle. He clearly explains why they are so important at the cellular and molecular levels, and states that overall, a healthy lifestyle can prevent up to eighty percent of our chronic diseases.

Dr. Keith Block is a leader in today’s changing paradigm of cancer treatment. He founded the Block Center for Integrative Cancer Care near Chicago in 1980. At that time, few believed that combining conventional treatment for cancer with complementary therapies, including a healthy diet, was a realistic approach to managing cancer. Today, many leaders in medicine are convinced of the value of this approach, and many centers for integrative cancer care are now found in top medical institutions. 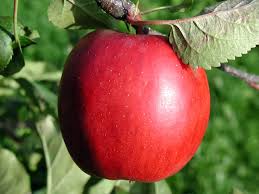 With science telling us on many fronts that a plant-based diet is healthy, why is it disregarded by so many people? If a pharmaceutical company developed a drug that proved to be so effective, it would be marketed as a miracle drug. People would line up by the millions to buy it, even if its cost were sky-high. Why is there resistance to accepting a healthy plant-based eating plan that has no added cost, and that sharply cuts the risk of cancer and many other chronic diseases?

Change is difficult. Old habits and beliefs die hard and adopting new ones is not easy. Yet, it’s possible. What’s the secret of success in making change? Know that the change you want is worthwhile. Realize that your habits and tastes can be re-educated. Develop a success mind-set. Accept support from family and friends. Finally, experience the benefits. If you wish to discover a healthier you, put these keys to good use. You can succeed!