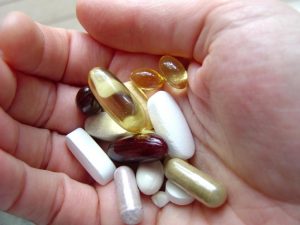 A recent issue of the Journal of the American Medical Association (JAMA: 9/18/2013) carried an important article that summarizes our current state of knowledge about vitamin and antioxidant supplements. This Cochrane review included evaluation of 78 randomized clinical trials involving 296,707 adults. Their average age was 63 and 46 percent were female. The mean length of time that these participants received supplements was three years.

This conclusion agrees with most of what I’ve been able to learn in the scientific literature about supplements over the past few years. Having the stamp of the Cochrane Collaborators on this conclusion makes it very authoritative. Their 28,000 volunteer researchers analyze the best medical research information in the world and summarize it with conclusions that can be used in evidence-based medicine. The Cochrane Review is highly regarded because of the thorough systematic way in which its work is done.

What this report means to me is that most people do not need vitamin and antioxidant supplements. In fact, taking them may be hazardous to health.

In the 78 clinical trials involving nearly 300,000 adults, those who took placebos fared as well or better than those who took the supplements. This doesn’t mean that vitamins are of no value. We know they’re valuable, but their value is best expressed in the context of the whole foods in which they’re found. Simply put, it’s better to get our vitamins in wholesome foods than in bottles of pills. 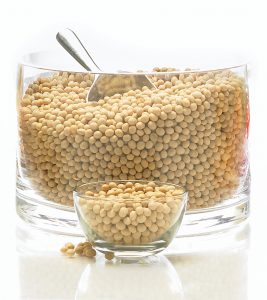 What About Soy Products?

Soybeans and their extracts have been the subject of much confusion over the last few decades. Soybeans are an excellent source of protein when eaten as a whole food. Edamame, the name for soybeans as they are grown in the pod, is a wholesome food. The raw beans look somewhat like lima beans, and they can be purchased in most grocery stores in the frozen food section with or without their pods. Some traditional soy foods such as tofu are also good sources of protein.

Most questions about soy are related to products such as oil and protein extracts. Extracted soy proteins are in many commercial food products, ranging from energy bars and dairy foods to many fake meat products. Since these products come from a plant-based source, they may appeal to vegetarians, but such highly processed plant-based foods may be hazardous to health.

Dr. John McDougall explains why in his book, The Starch Solution. Isolated soy protein increases growth hormone levels in the body. Insulin-like growth factor 1 (IGF-1) raises the growth rate of both normal tissues and cancerous tissues in mice, so this is a concern. Cow’s milk is known to raise IGF-1 levels, but extracted soy protein raises IGF-1 levels much more. The problem is that high levels of IGF-1 are linked to several kinds of cancer. All of this needs more research, but it’s clearly something to be concerned about.

There are other concerns related to soy products. Almost all soybeans grown in the USA are Round-up resistant, having been genetically modified to tolerate spraying by this ubiquitous weed-killer. This means that nearly all soy products sold in supermarkets come from these genetically modified plants and are contaminated with glyphosate, the toxic ingredient in Round-up. The only way to be relatively sure of getting GMO-free and glyphosate-free soy products is to buy ones with “organic” labels.

Soybean oil is used in many processed foods. Sometimes it is partially hydrogenated, turning polyunsaturated fat into trans fat, the most dangerous form of fat we know about. According to Dr. Mercola, Americans consume over 28 billion pounds of edible oils annually. Over half of this is soybean oil, much of which is partially hydrogenated. When we consume this in a wide assortment of commercial foods, it poses a number of potential health risks.

It’s a high-calorie oil extract of beans that were probably genetically modified and were almost certainly drenched with glyphosate as they were growing. In addition, it may have been chemically changed into a trans fat to improve its shelf life and increase its commercial usefulness. While this may be an advantage for business, it’s not good for consumers.

So, what is the final word about soy products? We don’t have a final word yet, because much more research is still needed. In the meantime, my personal practice is to avoid or minimize highly processed foods as much as I can. Whole soy foods such as edamame and tofu are fine if they come from organic sources. With soy products as with vitamins, wholesome foods are the best.