Nutrition has been surrounded by controversy for thousands of years, going back to biblical times, and it’s still true today. You can read or hear about some kind of nutritional controversy almost every day, and this is likely to remain true for a long time.

It’s not always easy to know whether a new nutritional headline is valid or is the result of flawed data and faulty conclusions. Better research may help to clarify such controversies, and commentary by good nutritional experts can be very helpful. 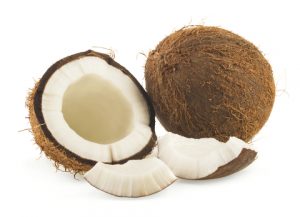 Controversy has swirled around the value of coconut oil for many years. Throughout much of the 1900s, standard advice was to avoid coconut oil because it was thought to be a major risk factor for heart disease. Coconut oil and palm nut oil are saturated fats, and like saturated animal fat, were considered hazardous to heart health.

Research in the 1980s established that medium-chain triglycerides (MCTs) found in coconut oil were more efficiently absorbed and processed by the body than the long-chain triglycerides present in most animal fats. Further testing revealed other good results linked to MCT consumption, including more rapid energy uptake. Many athletes began using coconut oil in their diet. Coconut oil and coconut milk began receiving favorable press, and it became something of a fad.

Yet research continued to show problems related to coconut oil intake. In March 2017 the American College of Cardiology advised that coconut oil be avoided in the diet. Dr. Michael Greger reviewed the relevant research in a short video published in August, 2017.

He noted that coconut oil causes real vascular problems. Even coconut milk causes arteries to clamp down on blood flow. Dr. Greger concludes that science does not support the health claims of the coconut industry. My take on this: There is good reason to avoid coconut oil and coconut milk.

Soybean products, like coconut products, have had controversy swirling around them for a long time. Soybeans are a good source of protein, but their isoflavones have an estrogen-like impact on biological systems. 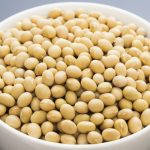 Over the past 50 years much concern existed about this estrogen-like effect on human health. Now, extensive research reveals soy to be mainly beneficial in its impact on human health. The soy-estrogen paradox is that isoflavones activate estrogen receptors that strengthen bone (among other good effects,) but have an anti-estrogenic effect regarding breast cancer. Consuming soy foods lowers the risk of breast cancer.

A new study published in the journal Cancer in March 2017 offers more reassurance about this. Researchers at Tufts University followed 6,235 women with breast cancer for over 9 years. With other factors controlled, it turned out that women who ate the most soy foods had the lowest mortality rates. Soy intake was beneficial, not harmful.

Still, there are other concerns. Most soybeans grown today are genetically modified to be “Round-up Ready.” One way to bypass this problem is to be sure any soy product consumed is organically grown. Another concern involves processed soy products sold as a kind of “fake meat.” Those products may be no healthier than the processed meats they replace.

Recent research (2012-17) shows there’s enough arsenic in rice to pose a threat to health. Arsenic is present in trace amounts in soil naturally. More is present in areas where arsenical industrial wastes contaminate the soil. This is also the case where arsenical pesticides have been heavily used in the past, as they were for large cotton plantations. Rice is now grown extensively in many of those areas, and it absorbs the arsenic as it grows. 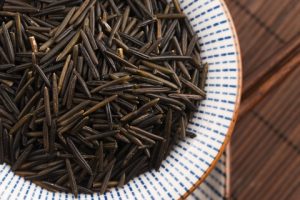 The level of arsenic in rice is enough to increase the risk of cancer among people who eat it daily. It’s also a long-term threat to the health of babies who consume rice products. Because of this, regulations exist on arsenic levels permitted in rice products meant to be consumed by babies.

A way to minimize risk is to soak brown rice overnight in a six-to-one ratio (6 cups water to 1 cup of rice). Draining off excess water after cooking rice decreases its arsenic content by about 60-80 percent, bringing it into fairly safe range. This is how I now cook our rice. I avoid all other rice products.

There has been controversy around milk for a long time. Dr. Frank Oski, Chairman of Pediatrics at Johns Hopkins Medical School from 1985 to 1995, called milk the most overrated nutrient and wrote a book titled Don’t Drink Your Milk. Dr. Walter Willett, long-time Professor of Medicine at Harvard Medical School, says that there are more reasons not to drink milk than to drink it. He doesn’t recommend milk as a beverage for adults. (Page 32 in his book, Eat, Drink, and Be Healthy.) 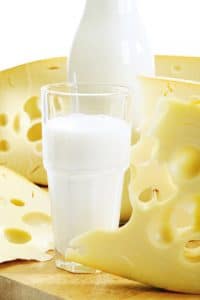 Yet the dairy industry and the U.S. Department of Agriculture promote milk consumption and have convinced most Americans that milk is essential for good health, especially for its calcium to prevent osteoporosis. So what are we to think?

Dr. Amy Lanou and Michael Castleman, authors of the book Building Bone Vitality, did an exhaustive review of the scientific literature on calcium and bone health (over 1,200 research studies). Of these studies, 72 percent showed that dairy foods and calcium supplements do not prevent bone fractures. People in regions with the highest dairy and calcium intake had the highest fracture rates. Rates were lowest in countries where people consumed little or no dairy foods.

In his book The Cheese Trap, Dr. Neal Barnard cites misleading studies sponsored by the dairy industry. He finds it disturbing that many nutritional lessons pounded into our heads since childhood are nothing but industry marketing schemes (page 151).

I agree with Dr. Barnard. Most of us have been misled into believing that milk is essential for health when it’s not. In fact, it adds to health risk. I have not used milk for years and now avoid or minimize all other dairy products.

Dr. Michael Greger’s blog for August 29, 2018 is about flawed research studies. A recent research study from the University of North Carolina made headlines across the country with a press release titled, “Diets high in fiber won’t protect against diverticulosis.”

Yet the study design was critically flawed from the start. The group taking in the most fiber in the study was only taking in 25 grams a day. This is less than the minimally recommended daily allowance. To be valid, the high fiber group should have been consuming 50 grams of fiber a day or more. No wonder the study did not find any association between dietary fiber intake and diverticulosis. As Dr. Greger wryly observed, “High fiber diets only work if they’re actually high in fiber.”

Another large research study on diet was widely publicized as I was writing this newsletter. Headlines proclaimed that we should eat more fat and that there was no value to eating more than three veggie servings a day. This study was marked by weak design and flawed analysis. Dr. David L. Katz, Director of the Yale University Prevention Research Center, took it apart in an article in the Huffington Post.

Unfortunately, too many research studies are flawed by poor design. Their results may mean very little, but they can make headlines around the world that add to nutritional controversy. The research may be sloppy, or it may be slanted intentionally by sponsors wanting to produce data in their favor. This is sad because most academic research is designed with a sincere desire to add to our knowledge or to clarify an issue.

The Healing Value of Good Nutrition

Good food has true healing value, but many people don’t realize this. Even doctors often don’t realize it, or they would use food as a healing tool more often. The vitamins, minerals, antioxidants, fiber and other vital ingredients of whole plant-based foods have wonderful healing power. A new article in JAMA titled “Nutrition Counseling in Clinical Practice: How Clinicians Can Do Better,” summarizes this topic and it’s importance today very nicely.

I strongly recommend following Dr. Greger’s NutritionFacts.org to stay updated on valuable nutritional information. Dr. Greger and his team scour the scientific literature on nutrition more thoroughly than any other source I know. If you follow his daily blog or video-log, you will be better informed about nutritional issues and values than most people. Here is a 2-minute video. I think you’ll enjoy watching it, and you’ll see how to get a free subscription to his service.