Home Sustainable agriculture The Center for a Livable Future (CLF)

The Center for a Livable Future (CLF)

The Center for a Livable Future is based at Johns Hopkins University. It is a unique academic center, with remarkable accomplishments to its credit in its short span of existence. It was founded in 1996 to study the complex web that interlocks food, the environment, and health. Its goal is to establish and promote good evidence-based ways of protecting human and planetary health for future generations.

The relationships between food production, human health, and a healthy environment are much more intricate than most of us realize. As a human race, we have done (and continue to do) a great deal of damage to ourselves and our environment because of failing to understand this. Much research is needed to improve our knowledge so we can move toward improved ways of living.

One of CLF’s early initiatives was to establish research fellowships to provide support for doctoral students engaged in promising food systems research. A total of 150 CLF-Lerner doctoral fellowships have been awarded since 2003. In addition, Research and Practice Grants are available for master’s degree students, while Innovation Grants provide funds for promising research. Other grants are available for full-time faculty, fellows and doctoral students in public health and environmental research.

Education about food systems and healthy foods is another top CLF priority. Food systems courses are taught by faculty at the School of Public Health. In addition, the Center offers curricula for high school and middle school students that are freely available to teachers. These focus on issues in the U.S. food system from the “field to the plate.” Wendell Berry has observed that “If you eat, you are involved with agriculture.” To deepen this understanding among young people and adults, CLF has helped establish or support school and community gardens and engages with communities in promoting healthy ways of eating and living.

There are also multiple collaborative projects between CLF and other educational projects and programs. Scientific seminars and symposia are offered throughout the year to students on a variety of topics related to food and health. A major new textbook titled Introduction to the U.S. Food System: Public Health, Environment, and Equity, edited by Roni Neff from the Center for a Livable Future, was published this year. Over 100 experts contributed to 18 chapters covering all aspects of food production and consumption and related health issues. This 542-page textbook will be a major resource for students and universities around the world.

My description of these CLF activities only scratches the surface of its work. It’s impossible to cover CLF’s work in depth, but it’s fair to say that it is having an impact far beyond what anyone could have anticipated twenty years ago. The importance of studying food and food systems and their relevance to health was not even on the radar screen of most people then. Today, partly due to the work of CLF, it is widely recognized as being one of the most significant issues of our time. 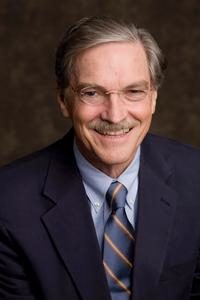 The Visionary Behind the Center for a Livable Future

Who was the visionary behind the creation of CLF? Robert S. Lawrence, MD, now the Center for a Livable Future Professor and Professor of Environmental Health Sciences, Health Policy, and International Health, was the person who conceived the idea of a Center for a Livable Future in 1995-96 and molded it into the strong force it is today. Before coming to Hopkins as Associate Dean for Professional Education and Programs in 1995, he already had a distinguished career.

A graduate of Harvard College and Harvard Medical School, Bob trained in internal medicine at the Massachusetts General Hospital in Boston, and then served for three years as an epidemic intelligence service officer at the Centers for Disease Control and Prevention, U.S. Public Health Service. From 1970 to 1974, he was a member of the faculty of medicine at the University of North Carolina at Chapel Hill, where he helped develop a primary health care system funded by the Office of Economic Opportunity. In 1974, he was appointed as the first director of the Division of Primary Care at Harvard Medical School, where he subsequently served as the Charles S. Davidson Associate Professor of Medicine and Chief of Medicine at the Cambridge Hospital until 1991. From 1991 to 1995, he was the director of health sciences at the Rockefeller Foundation.

Dr. Lawrence co-founded the Physicians for Human Rights in 1986 and participated in human rights investigations to Chile, Czechoslovakia, Egypt, El Salvador, Guatemala, Kosovo, the Philippines and South Africa. The Physicians for Human Rights shared the 1997 Nobel Peace Prize for its work to eliminate the use of anti-personnel landmines, making him a Nobel Laureate. Dr. Lawrence chaired the U.S. Preventive Services Task Force of the Department of Health and Human Services and served on the successor Preventive Services Task Force from 1990 to 1995. He served as a consultant to the Task Force on Community Preventive Services at the CDC from 1996 to 2008.

I learned about the proposed Center for a Livable Future in 1996 and was immediately captivated. I did not know Dr. Lawrence then, but his vision resonated with me totally. Convinced of its future potential and value, my wife and I contributed toward its support. Evidently that early support was meaningful. I was surprised and honored in 1998 when Bob proposed establishing the Edward and Nancy Dodge Lectureship to bring an outstanding scholar to Hopkins annually. Beginning in 1999, a total of 16 leading thinkers on the food system and public health have given a lecture on some vital food system challenge facing the world. It’s been my privilege to meet many of these scholars and attend their lectures. This year I was very surprised and honored to be presented with the CLF Individual Award.

As I’ve come to know and become friends with Bob over the years, I’ve been ever more impressed with him. He is an exceptional person in every way: a visionary scholar, an outstanding teacher and mentor, and a man who practices what he teaches. Despite his impressive academic credentials and well-earned honors, he is a humble and gentle man whose feet are firmly planted on the ground. I can’t think of anyone who could better lead us toward a livable future. Yet, after 19 years at the helm of the Center for a Livable Future, Bob is retiring at the end of this year. He is retiring, but his influence will continue for many years to come through his work and through the stream of students and young professionals he has helped to shape and mold as leaders for the future. Thank you, Bob, for everything!

I close this newsletter with the prayer that God’s peace comes to prevail throughout the world, not only at Christmas, but always.