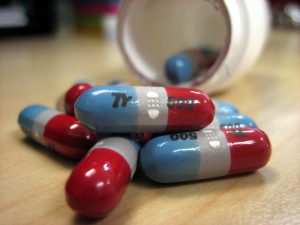 An article in the February 2014 issue of the medical journal JAMA Pediatrics describes a potential hazard linked to the use of acetaminophen (known as Tylenol in the US or paracetamol in most of the world). Researchers in Denmark studied more than 64,000 Danish women during pregnancy and followed them and their children for over fifteen years. Careful analysis of the data revealed a previously unsuspected linkage between use of this painkiller during pregnancy and a subsequent diagnosis of Attention-Deficit Hyperactivity Disorder (ADHD) in their children. Among other things, the women were asked at the end of each trimester of their pregnancy if they had taken this painkiller any time during that trimester. Overall, 55 percent of the women took acetaminophen at some point during their pregnancy. When women took the painkiller during pregnancy, their children were 29 percent more likely to be diagnosed with ADHD later than was the case for kids whose mothers took none. The risk increased to 63 percent when the medication was taken during the second or third trimesters.

The researchers were careful to say that while this study shows an association, it does not prove that taking acetaminophen in pregnancy causes ADHD in the children. However, the association is statistically strong, and it adds to growing evidence that acetaminophen may influence brain development in the growing fetus. Still, this is the first study to show a linkage between taking this painkiller during pregnancy and ADHD. An accompanying editorial cautioned against changing medication practice on the basis of this single article. Much more research is clearly needed in this field.

In the meantime, my view is that it’s wise to minimize taking unnecessary medications at any time. This is especially true during pregnancy because the growing fetus is exquisitely sensitive to the effects of any chemical. Acetaminophen was first synthesized about 150 years ago, but its use as an over-the-counter (OTC) drug to treat fever or pain began in 1959. It’s been regarded as safe in recommended dosages, but liver toxicity has been recognized, even with small overdoses. It is the leading cause of acute liver failure in adults.

Because of this, in 2009 a Food and Drug Administration (FDA) advisory committee recommended restrictions to its use. The FDA is taking steps to reduce maximum allowable dosages, and manufacturers are expected to complete this process in 2014.

Pain tolerance varies from person to person, and nobody can predict the pain threshold for another person. Still, when it comes to self-medication, for most individuals it’s wise to take the least amount of medication necessary to control mild or moderate pain. (Note: This does not apply in cases of major surgery or advanced illness that require physician management.)

My personal practice is to tolerate mild or moderate pain in preference to taking any pain-killer that treats symptoms without changing outcomes. Although, at age 78, I’m subject to the routine aches and pains of life, I seldom take a Tylenol tablet or any other pain-killing medication – perhaps once a year or less. This has been true for many years. In my view, it’s better to tolerate some pain than to risk toxic or adverse side-effects of medication. The benefit of a clear, medication-free mind is priceless!