The Power of Placebo

You Are the Placebo is the title of a book by Dr. Joe Dispenza, published in 2014. A placebo is an inert substance used in drug experiments as a control to test the efficacy of any other substance. When Dispenza says, “You are the Placebo,” is he suggesting that you are inert? No! To the contrary, much of his book is taken up with showing that placebos are often as effective or nearly as effective as the active substance being tested. He goes on to explain scientifically how and why this is true. What he’s really suggesting is that you are much more powerful than you realize! 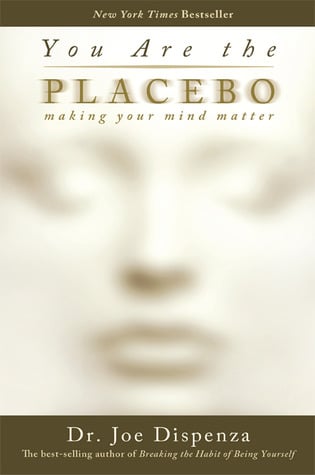 Is Placebo Power a Reality?

The early part of the book goes into the history of placebo use, exploring both the psychological and physical effects of what can happen when people think they are under the influence of various kinds of healing. Dispenza provides fascinating examples of remarkable healing when patients believed they were receiving potent help, and equally dramatic downturns when they learned otherwise. A particularly poignant example involved a man who died as predicted from terminal cancer, but autopsy results showed that the cancer was almost completely gone. The terminal diagnosis was mistaken, based on a misleading scan.

Dispenza also cites evidence from medical research that, in spite of being inert, placebos often produce results that are nearly as good as results from whatever is being tested. In one interesting study, patients in one group were given bottles of pills clearly labeled as placebos, but were told that mind-body research showed the placebo pills would help them. A control group did not receive any placebo pills or any suggestion of mind-body healing. Even though the test group knew they were taking placebos, within three weeks they had twice as much improvement as the no-treatment group. The only real difference was the mind-body healing suggestion given to the placebo group.

Classic Newtonian physics deals with how matter behaves at the outer visible level that we’re most familiar with, while quantum physics deals with much different energy behavior at the sub-microscopic level. Thoughts carry energy that has an impact in the brain. This can be visualized by brainwave testing and brain imaging, letting us know that thoughts have appraisable power.

Beta, alpha, theta and delta brainwaves all have different frequencies that are easily seen with brainwave testing. We’re in beta territory during most of our waking hours when we’re dealing with everyday matters, while we go into delta when we sleep. Alpha is a relaxation condition where we focus more on our inner thoughts and feelings. Theta is an in-between phase that we typically experience as we’re going to sleep or waking up. In this stage our analytic mind is quiet, and we’re mostly in our inner world.

If we compare our brains to computers, the subconscious mind is the unseen but powerful operating system that keeps our bodies running. The autonomic nervous system controls circulatory, respiratory, digestive, kidney, and billions of other cellular functions automatically, with little or no input from our conscious mind. When we’re in theta, we have access to this system. It’s when we’re most suggestible, and it’s where we can best create changes we want to make in our operating system.

A Gateway into the Mind

We know today that we create thousands of new neurons daily and that our brains are very plastic. Thoughts cause neurons to fire. As Dispenza says, “Neurons that fire together, wire together.” Since most of our thoughts are repetitive, related networks of neurons fire together in patterns that become deeply ingrained. Although we can think new thoughts and create new patterns, older ingrained patterns are difficult to displace. That’s one reason why new resolutions and new habits are hard to keep firmly established. Unless new neurons and networks are used consistently, they get pruned away, and we return to old deeply ingrained patterns.

If we consciously use a new network thousands or millions of times, it becomes firmly established in the brain. We achieve many of our skills this way, but another way exists to help us with such skills. If we simply visualize ourselves practicing skills, we can improve them almost as much as by physically practicing them. The sports world uses this technique to help players improve many kinds of skills. In this kind of activity, we use alpha or theta brainwaves to focus on our inner world. Changes made in the brain’s deep operating system at the subconscious level can help us operate more effectively in the outer world. 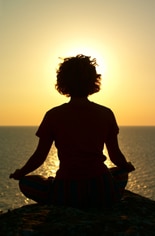 Meditation is one of the best ways to quiet the beta analytic mind and to go into theta. Dispenza teaches meditation in his workshops to help clients instill healing thoughts in their minds. He cites many examples of documented transformative healing that occurred through meditation. Brain scans and brainwave patterns recorded during meditation show its clear impact on the brain. These brain scans and brainwave records provide strong supporting evidence for his thesis: The mind is powerful. If we truly believe in our innate capabilities, we are far more powerful than we know.

Dispenza’s book is not hard to read, but it’s not an easy book to digest, and it’s somewhat repetitive in places. I have over-simplified a complex subject, but I’ve tried to be faithful to his underlying message. The take-home points for me are that our minds are more powerful than we realize, and the messages we feed our minds have a great impact on our lives. It’s wise to make them positive!

I recommend Dispenza’s book. It’s thought-provoking and well worth reading.