I had the privilege of attending HealthFest 2016 in Marshall, Texas on the weekend of April 1-3. I had not heard about this annual event in a small Texas city until a few weeks before I attended. It sounded promising, and it proved to be a superb event. Let me share a bit of why it was so good.

The panel of over 20 speakers included a variety of professionals across the health spectrum, including physicians, nutritionists, chefs, exercise instructors, health educators, and others. All of them were excellent, though it wasn’t possible to go to all presentations. After the first evening, presentations were held in separate venues, so we had to pick and choose what we wanted to catch. Following are nutshell summaries of a few of the top presentations I attended. 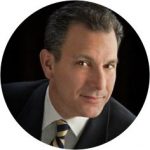 Dr. Joel Kahn is Clinical Professor of Medicine at Wayne State University School of Medicine. A cardiologist, his declared mission is to prevent one million heart attacks. He gave an outstanding talk on how this can be done with plant-based nutrition. The inspiring news is that he’s teaching medical students this kind of approach. If a new generation of doctors becomes nutritionally knowledgeable, they will transform health care. Dr. Kahn’s book, The Whole Heart Solution, has been a No. 1 best seller.

Dr. Neal Barnard, Adjunct Professor of Medicine at George Washington University School of Medicine, spoke on the “New Approach to Diabetes.” His groundbreaking research on dietary interventions in type 2 diabetes, funded by the National Institutes of Health, makes it clear that type 2 diabetes can be prevented and even reversed with healthy plant-based food. His center in Washington, DC provides complete primary care with a strong focus on nutrition. It’s medical director says: “Food is the most powerful medicine you can put in your body.” 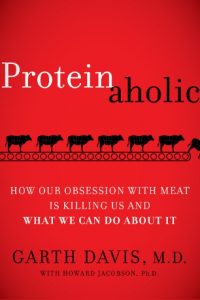 Dr. Garth Davis, a specialist in bariatric surgery and author of the book Proteinaholic, summarized the abundant scientific evidence that animal-based protein is not great for health. For years he majored in eating meat, and like many, he thought it was essential for health. Then, because his health began deteriorating, he researched the nutritional literature thoroughly. To his surprise, he found that science shows wholesome plant-based food to be best for human health. His humorous account of how he converted from being a carnivore to a vegetarian had his large audience spellbound. The change was not easy, but he eventually succeeded. Now the picture of health, he demonstrated his fitness in the 10-K run that weekend.

Sid Garza-Hillman is a certified nutritionist and health coach who is Program Director for the Stanford Inn’s Wellness Resort in California. His talk, “Raising Health and Happy Vegan Children,” was based on his experience as a parent with nutritional expertise. Rather than making rigid rules for kids, he emphasized the value of giving them healthy flexible choices, underlining the importance of parents modeling what they teach. 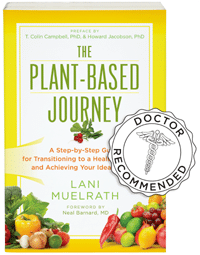 Lani Muelrath, author of the recent best-selling book The Plant-Based Journey, gave an excellent talk on how to transition to a plant-based lifestyle. I featured her book in my January Wellness Newsletter, and it was a pleasure to hear her and meet her in person. A teacher for many years, she is skilled at involving audiences in her presentations. Everyone loved her and appreciated her talk. Not surprisingly, her book sold out very quickly.

Two executive chefs from California gave us great presentations on preparing healthy foods in tasty ways. Chef AJ features plant-based food as part of a healthy lifestyle on her television series: Healthy Living with Chef AJ. Her comedic style has her audience laughing as they learn. Chef Ayinde is another award-winning chef who mixes humor with his cooking demonstrations. His Oven-Roasted Brussel Sprouts with Dates was a crowd-pleaser.

Tracye McQuirter is a public health nutritionist and author. One of her talks was titled “African Americans and Veganism.” Like other speakers, she emphasized the point that modeling by example is the most effective way to teach. An African American who has been vegan for 30 years, she models what she teaches beautifully.

Although healthy nutrition was a big part of HealthFest 2016, the value of physical activities was not ignored. In addition to the 5k and 10k fun runs, there were yoga and zumba classes. An Athlete’s Panel featured six presenters who have transformed their lives through good nutrition and fitness activities. Josh LaJaunie is a Cajun from Louisiana who weighed 400 pounds by his early thirties. Turning to a winning combo of plant-based eating and running, he has lost over 200 pounds and is superbly fit.

Being an entrepreneur in a health-oriented business requires its own set of skills. Stephanie Redcross underlined this in her talk: “Turn Your Vegan Passion Into a Business.” She was a marketing specialist with Fortune 500 companies for a number of years before founding her own company called Vegan Mainstream. Speaking from a wealth of experience, she emphasized the importance of sound business principles, but she also said not to fear mistakes. Recognizing and fixing one’s mistakes is what makes one get better!

There were too many good presentations to summarize all of them individually, but this provides a flavor of what HealthFest 2016 was like. I’ll conclude with a glimpse of the host city. 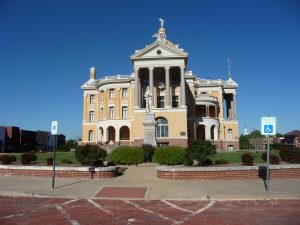 Marshall is a small but charming All-American city (population 24,000) in the northeast corner of Texas. Former Mayor Ed Smith and his wife Amanda organized the first HealthFest for Marshall in 2011. They formed “Get Healthy Marshall” along with other business and civic leaders to help make their city stronger and healthier. Together, they continue to be major drivers of this annual event. It has grown larger every year, with over 600 registrants this year. Restaurants in the downtown area had vegan menus for the HealthFest weekend. One offered a delicious vegan buffet lunch. Several fitness or art-related businesses provided space for many of the presentations. Organizing all this is a complex task. Ed and Amanda Smith do a superb job of spearheading this effort, and the city clearly comes together to support this grand event.

Apart from the HealthFest, Marshall has an interesting history. The first two floors of the historic courthouse were turned into a museum a few years ago, and I was able to visit informative displays there during a HealthFest break on Saturday afternoon. A 10-minute video neatly summarizes the city and county history. Ladybird Johnson, Bill Moyers, James Farmer, and George Foreman are among notable people who grew up and went to school in this area.

If you ever have a chance to visit Marshall, Texas, be sure to do so. It’s well worth visiting, especially if you come for its annual HealthFest!

Other Health Items of Interest

The lead article in TIME‘s online magazine on April 8, 2016 was titled: “How Eating Vegetarian Could Save the World.” The article summarized a recent study published by the National Academy of Sciences showing that eating vegetarian could save 8 million lives and over $31 trillion in reduced health-related and environmental costs. That’s a win/win formula for human and planetary health that nothing else can match. If you’re interested, you can read the article here.

The Fifth Annual Food Revolution Summit is coming up April 30-May 8, 2016. Organized by John and Ocean Robbins, this free online summit features a panel of 24 outstanding nutritional authorities. I’ve tuned into previous summits and have found them to be excellent, so I’ve made a reservation for this one. If you’re interested, I encourage you to tune into this nutritional summit. Learn all about it here.