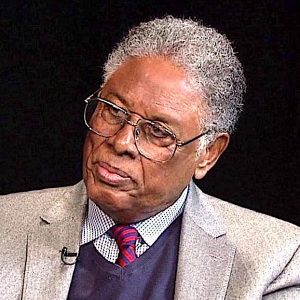 I first learned of Thomas Sowell in the March 2022 issue of Imprimis, a publication of Hillsdale College. His biography, Maverick, was published in 2021. Harvard University’s Steven Pinker called him one of the most brilliant thinkers in the world, adding: “His gripping and improbable life story can only magnify one’s awe at this astonishing man’s accomplishments.” After reading Maverick, I agree with Pinker.

Tom Sowell was born to a poor family in North Carolina in 1930. They had no electricity or running water. His father died before he was born. His mother was a maid who had several children. She died within a few years. A great-aunt adopted Tom and raised him as her own. They moved to New York City’s Harlem neighborhood when Tom was eight. He did well in school but dropped out of high school due to family and financial problems.

He earned his Master’s degree at Columbia, and later, a doctorate in economics from the University of Chicago. He was captivated by Marx as a youth, and his Harvard and Columbia work was based on Marxist ideas. Later, his experiences in government, especially in working with poverty in Puerto Rico in 1960, shifted his thinking away from Marxist ideology toward classical economics. When asked what changed his mind, he replied very succinctly, “Facts.”

Sowell was an assistant professor of economics at Cornell University from 1965 to 1969. He also taught economics at Howard, Brandeis, Amherst College, and UCLA.

He left academia briefly in 1972 to become Project Director for the Urban Institute. Returning to UCLA in 1974, he rose to the rank of full professor. In 1980, Sowell accepted an invitation to join Stanford’s prestigious Hoover Institution as a Senior Fellow.

As a Senior Fellow, he was free to do whatever research he wished. His research led to articles and books on a wide variety of topics. He backs his work up with solid research and is widely respected for testing theory against reality. Because of his reality-testing practice and his remarkable life experiences, his writing is often at odds with the popular fads of the day.

Sowell reflects on the role of education in his own life. He does not like government policies that undermine a merit-based educational system. Such policies hamper members of ethnic minority groups who might otherwise move up in society by means of their own efforts and a good education.

A few of his many books include Basic Economics; The Quest for Cosmic Justice; Knowledge and Decisions; and Discrimination and Disparities. His book Dismantling America – and Other Controversial Essays, compiles his essays on many political, economic, cultural, and legal issues. They provide a glimpse into the wide range of his writing. A few quotes give you a flavor of his thinking and his style.

“The great escape of our time is escape from personal responsibility for the consequences of one’s own behavior.”

“Our classroom indoctrinators [called educators] are getting students to think they know after hearing only one side of an issue. It is artificial stupidity.”

“We all enter the world knowing nothing, but by the time we are teenagers, we know it all. Sometimes it is decades later before we know enough to realize how little we know.”

“Too many people with brilliance and talent in some field do not realize how ignorant – or worse yet, misinformed – they are when talking like philosopher-kings about other things.”

“Some of the biggest cases of mistaken identity are among intellectuals who have trouble remembering that they are not God.”

“What are the compelling benefits of ‘diversity’? They are as invisible as the proverbial emperor’s new clothes. Yet everyone has to pretend to believe in these benefits as they pretended to admire the naked emperor’s wardrobe.”

“The mystical benefits of ‘diversity’ are non-existent, however politically correct it is to proclaim such benefits. Hard evidence shows that students of all races can succeed or fail in schools that are racially mixed or racially unmixed.”

“If politicians stopped meddling with things they don’t understand, there would be a more drastic reduction in the size of government than anyone in either party advocates.”

This is just enough to give you a little insight into Sowell’s thinking. To learn more, you can watch a documentary, Thomas Sowell: Common Sense in a Senseless World, about Sowell’s intellectual journey.

Sowell is a straight shooter in all his writing. I wish I had known about him earlier in my life, but I’m glad to learn about him now.