The China Study, by T. Colin Campbell, PhD and Thomas M. Campbell II, MD, is widely acclaimed. It reports on the most comprehensive study of nutrition ever done. Dr. Dean Ornish calls it “one of the most important books about nutrition ever written.” He adds, “Reading it may save your life.” Many people have heard about The China Study since it was published, but few know the details behind its life-saving findings. I’m highlighting some of them here because they’re still so valuable. 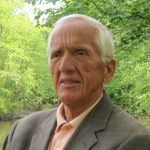 Colin Campbell grew up on a dairy farm in Virginia. Milk was central to the family’s existence. After college, he received a full scholarship at Cornell University to do graduate research in animal nutrition. His goal was to improve our ability to produce high quality animal protein by finding ways to make cows and sheep grow faster. Later, in post-graduate work at MIT, he helped discover dioxin in chicken feed that was killing millions of chicks every year. It was one of the most toxic chemicals ever found. Still later, while on the faculty at Virginia Tech, he did extensive research on aflatoxin, a cancer-causing agent found in moldy peanuts and corn.

While at Virginia Tech he also began coordinating a ten-year project to help resolve childhood malnutrition in the Philippines. Here’s where his story becomes intriguing. There was a high incidence of liver cancer in Filipino children. This was thought to be related to the aflatoxin found in the moldy peanuts they ate and to lack of adequate protein in their diets. Aflatoxin is a potent cancer-causing agent, and childhood malnutrition throughout the developing world was thought to be related to lack of adequate protein. The combination of protein-calorie malnutrition and aflatoxin in the diet seemed to be a deadly combination.

Then Campbell made a startling discovery. “Children who ate the highest protein diets were the ones most likely to get liver cancer! They were the children of the wealthiest families.” This ran counter to everything that Campbell had ever learned and believed, but it made him dig deeper to learn more. He began an in-depth laboratory program to investigate the role of nutrition in the development of cancer. In a sense, this defined the rest of his career.

Campbell designed his laboratory research projects very carefully to clarify the basic biochemical mechanisms at work in cancer. Over the next 27 years his rigorous attention to scientific detail was rewarded with funding from the National Institutes of Health and the American Cancer Society, allowing him and his team to carry out thorough in-depth research. Their results were peer-reviewed and eventually published in some of the world’s top scientific journals.

Many findings shattered prevailing scientific assumptions, including Campbell’s own thinking. Campbell’s research team found that a high-protein diet promoted cancer growth, while a low-protein diet suppressed cancer development. In one set of tests, they used aflatoxin as the cancer-causing agent and casein (the main dairy protein) as the source of protein. After 100 weeks, rats fed high-protein (20%) diets were all dead or near death from liver tumors. In sharp contrast, rats given the same dose of aflatoxin but fed low-protein (5%) diets were all active and very healthy looking at 100 weeks. Further testing showed that 10% dietary protein was a particularly important level. Below that level development of cancer was rare, but above that level cancer rates escalated dramatically.

Even more startling, the types of protein consumed made a big difference. Animal-based protein increased cancer growth, but plant-based protein did not. Tested with identical cancer-causing challenges, casein promoted cancer growth while wheat and soy proteins protected against cancer development. This proved true with several kinds of cancer in different animal species. But what about humans? Would these laboratory research findings hold true for humans? It’s impossible to do this kind of laboratory research on humans for both ethical and practical reasons. Yet natural human “laboratories” can sometimes be found. This is where the findings published in The China Study become fascinating. 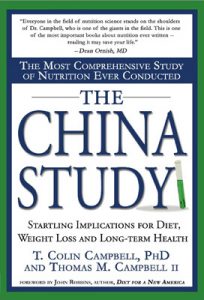 Premier Chou EnLai initiated a nationwide survey of cancer in China in the early 1970s when he himself was dying of cancer. It was the largest biomedical research project ever done, involving 650,000 workers who surveyed 880 million people in over 2,400 Chinese counties. The end result was an atlas published in 1981, showing where death rates for twelve different kinds of cancer were high and where they were very low. Mortality rates for over four dozen other diseases were also documented.

Dr. Junshi Chen, one of China’s top scientists, came to work in Dr. Campbell’s lab at Cornell University in the early 1980s. Dr. Chen and Dr. Campbell had extensive discussions about their work and about the findings in the China Cancer Atlas. As they talked, they thought a study of environmental, dietary, and lifestyle factors in rural China would have great value in clarifying many of the puzzling questions raised by the Cancer Atlas. Miraculously, science, politics, and financing all came together to let them create the most comprehensive picture of diet, lifestyle, and disease ever taken. More than 8,000 statistically significant associations were found between lifestyle, diet, and disease variables – far too many for me to summarize here. I’ll simply highlight a few of the most significant.

Correlation is not Causation

As every scientist knows, correlation is not causation. The fact that one variable seems to be related to another variable does not prove that they are causally related. This has been a common criticism of the findings in The China Study. Yet the breadth and consistency of the findings in this massive study strongly suggested that whole plant-based foods are more beneficial to health than animal-based foods. The research done by Campbell’s team on diet and cancer in lab animals provides strong experimental evidence to back up this conclusion. The China Study does not prove that diet is a causative factor in disease, but with over 8,000 statistically significant associations between lifestyle, diet, and disease variables, it provides strong evidence to support this theory.

Interestingly, the results of the China Study, combined with a mountain of supporting research, convinced Campbell to turn his own dietary lifestyle around. With a history of drinking two quarts of milk a day as a boy, and an early professional career of scoffing at vegetarians, this turnaround is rather amazing. He stopped eating meat and almost all animal-based foods, including dairy, a number of years ago. He notes that as a result, he’s 45 pounds lighter than he was as a young adult. His cholesterol has dropped along the way, his weight is now ideal for his height, and he feels more physically fit than he did as a young man.