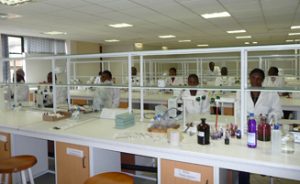 — I’m on my way to Zimbabwe as you read this issue of the Wellness Newsletter. Leaving San Antonio on January 15th, I fly to Zimbabwe on Ethiopian Airlines, with a stop in Ethiopia on the way. I’ll get to Africa University in Old Mutare late on Saturday, January 17th, and will start my teaching duties on Monday, January 19th.

This will be my fifth year of teaching students in the Faculty of Health Sciences at AU. It’s been a rewarding experience to teach students and work with colleagues there, and I’m looking forward to another good semester. It will be good to see many friends whom I’ve made in Zimbabwe through the years.

While I’m in Zimbabwe, I plan to write in my blog almost daily with highlights or sidelights of the day. They’ll simply consist of a few observations or thoughts for the day, but they may give readers a glimpse of Eastern Zimbabwe and what my life is like when I’m there. If you’d like to follow my activities there, please sign up here to start receiving my blog. (Enter your email address under the “Follow Blog” headline, top of the right-hand column.) I’ll begin my Zimbabwe Diary on about January 19th. Be sure to sign up if you want to follow it from the beginning of the semester.

Before leaving the USA, I want to summarize three recent scientific articles on health. They’re all products of research from respected universities and are worth reporting because of their importance. They come to differing conclusions about what may cause cancer in humans, with specific reference to colon cancer.

Most Cancer is Caused by Random DNA Mutations*

A report published in Science this month concluded that most cancer is due to bad luck. Two highly respected scientists at the Johns Hopkins Kimmel Cancer Center said their research showed that nearly two thirds of all cancers are caused by random DNA mutations in stem cells. The study involved statistical research that reviewed cancer incidence in 31 different tissues. Basically, the researchers found a high correlation between cancer and the number of stem cell divisions in each kind of tissue. We know that DNA mutations can cause cancer, but have not known the rate of such causation. This study suggests that it’s much higher than previously thought.

To illustrate their theory, colon cancer is 24 times more common than cancer of the small intestine. Colon tissue also has many more stem cells than small intestinal tissue, and colon stem cells divide about four times more often than small intestinal stem cells. Based on their mathematical model, the report states that 65 percent of cancer risk can be explained by the number of lifetime stem cell divisions taking place in these tissues. A small percentage of cancers are due to other genetic or environmental causes. They concede that some cancers are strongly connected to environmental factors (like lung cancer and smoking) but conclude that random mutations (due to bad luck) are the cause of most cancer.

It’s worth noting that the Hopkins statistical model is strictly theoretical. While it is highly sophisticated, it’s not perfect. The random DNA mutation theory doesn’t explain major shifts in cancer incidence related to geographical, generational, or cultural population differences. Such differences should not cause major changes in random DNA mutation. Yet major changes in cancer incidence related to such factors have occurred. Today we know that epigenetics can modify genetic expression. It’s possible that environmental factors such as diet may also modify the DNA mutation rate.

Bacteria May Cause Colon Cancer*

A report in the Proceeding of the National Academy of Sciences in mid-December 2014 found that people who have dense bacterial biofilms in the colon are five times more likely to develop colon cancer than those without such biofilms. Biofilms consist of dense protective mucoid films secreted by bacterial colonies to protect their own growth. They can be compared to dental plaque in the mouth that serves a similar purpose. Colonic biofilms were concentrated around cancers of the colon and pre-malignant polyps. The development of these bacterial colonies is diet related, so it’s theorized that diet may be a significant contributing cause of colon cancer.

Red meat has been associated with increased risk of several kinds of cancer in humans. This has been known for years, but why eating red meat carries a higher risk of cancer than eating fish or poultry has not been clear. Now evidence is emerging that may explain this.

A scientist at the University of California in San Diego has been doing research on an obscure molecule called Neu5Gc for over thirty years. This fascinating molecule is found in all mammals except humans. Yet it is found in the cells of humans who eat red meat. In humans with cancer, it’s concentrated in cancer cells, but it’s not found in humans who do not eat red meat. The theory that Neu5Gc found in humans is absorbed from the red meat they eat is widely accepted, but how it is connected with cancer has been a mystery.

Dr. Varki is now working with mice that are genetically modified to be free of Neu5Gc. In his most recent article in the Proceedings of the National Academy of Sciences (December 29, 2014) he reported finding that mice fed the Neu5Gc molecule developed antibodies that resulted in extensive cancer. Compared to controls, the risk was five times higher in these mice. It’s the first time anyone has shown that a specific meat molecule fed to mice causes cancer. If this is confirmed by other scientists, it will be a major advance in our understanding about diet and cancer.

Is there a take-away message from these studies? Not yet, except that more research is needed. As always in science, when new findings are reported, they must be tested by other scientists to either confirm them or to expose their flaws. It will take a few years for such testing to be completed and reported.

I’m impressed with the studies pointing to diet-related causes for colon cancer, but we need more research to clarify this picture. In the meantime, the overall evidence connecting red meat consumption to increased risk of cancer is a concern. My recommendation is to keep intake of red meat on the low side.

*Thanks to Dr. Gabe Mirkin’s Fitness and Health E-zine for alerting me to these studies.