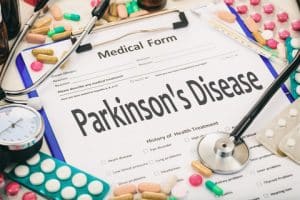 Parkinson’s symptoms are subtle and confusing in the early stages. Unfortunately, it’s a progressive disease, and the diagnosis becomes clear in its later stages.

The cause of Parkinson’s is a critical loss of brain cells in one area of the brain, but what causes this loss is unknown. Possibilities include a mixture of obscure environmental and lifestyle factors. Genetics may be involved in about ten percent of cases.

Since symptoms are vague and confusing at first, it’s no wonder that an early diagnosis is hard to make. Later, a definite diagnosis can be tough to accept because Parkinson’s is incurable. The challenge is to learn what can be done to slow its progression.

Parkinson’s disease is elusive and challenging! I will write more about it in the coming weeks.

Note: I will write updates anywhere from weekly to monthly. Any information provided is never intended as medical advice. See your doctor if you have any questions or concerns. 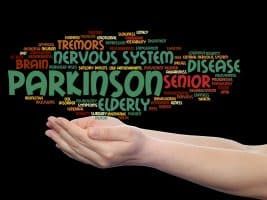 Parkinsonism is an umbrella term that refers to conditions with symptoms similar to those of Parkinson’s Disease (PD). It’s the diagnosis my neurologist gave me with my early symptoms.

Parkinsonism symptoms include slow muscle movement and may include muscular stiffness and/or tremors.

My parents had missionary training to go to Africa in 1936. I was ten months old when we arrived. Everyone had to take quinine to fight malaria. I was given a crushed pill in applesauce, but that didn’t disguise its bitterness. I fought it vigorously, making quinine time a daily battle.