Home Diet Are Carbs Good or Bad for You?

Are Carbs Good or Bad for You? 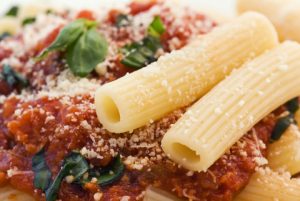 Carbs (short for carbohydrates) are an essential fuel for the human body. There was a time when “carb-loading” was recommended to help athletes prepare for endurance contests. Data suggested this would help them perform better over the long haul. When carbs became vilified as a cause of our growing obesity epidemic in the USA, they fell out of favor. “Bad carbs” became a catchy phrase, and fad diets that prohibited them became popular. Many people lost weight on such diets, at least temporarily. So, what is the truth about carbs?

Calling carbs “good” or “bad” is too simplistic. Research shows that some carbs cause health problems. Refined carbs like sugar and/or white flour are present in enormous numbers of popular foods, including all kinds of breads, pastries, snacks, and a wide range of processed foods.

Some wholesome carbs are often topped with liberal amounts of high-calorie fats that change their overall value. White potatoes are nutritionally valuable until they’re loaded with high-fat gravy, butter, or cheese, or they’re turned into high-fat fries or chips. Then they become problem foods. Likewise, low-calorie green salads with high-fat salad dressings become 300-calorie hazards. Carbs overloaded with fats can lead to obesity and other long-term health hazards.

Reasons for the long-range health problems are cryptic. The fact that refined carbs are stripped of most nutritional value as they’re processed makes them a problem. When these nutritionally poor foods supply up to half or more of the total calorie intake for many people, it’s no surprise that health is adversely affected. Still, it has taken much focused research to explain why these foods endanger long-term health. Among other reasons, excess sugar intake leads to insulin resistance, chronic inflammation, loss of tissue elasticity, arterial damage, and other changes that contribute to many chronic diseases people suffer from today.

Most whole plant-based foods do not cause these kinds of problems. In fact, most veggies, fruits, whole grains, lentils and nuts protect us from such health damage. Unfortunately, as evidence accumulated about the problems caused by highly processed carbs, many other carbs were tarnished by the “bad carbs” label and they were all thrown under the bus.

Vital insight: Refined or adulterated carbs can be seriously damaging to long-term health, but it’s a big mistake to throw out all carbs. Whole plant-based foods are usually good for health. Enjoy them in abundance!