Home Reflections from My Twilight Years The Christmas Story 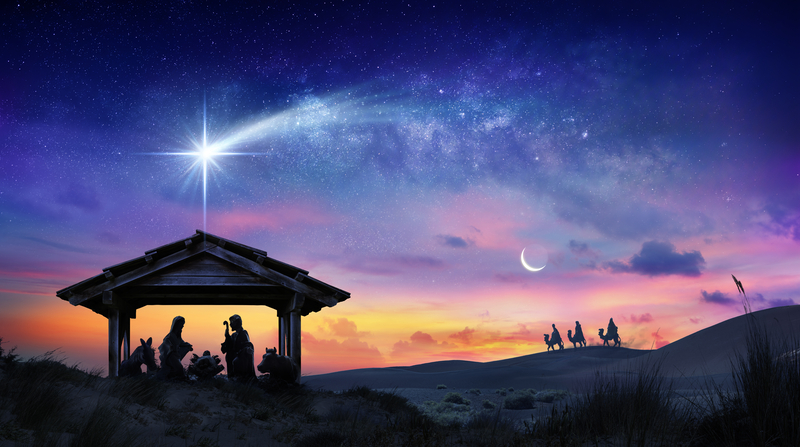 The Christmas story is loved by millions of people. It’s a wonderful story, but there is mystery in it, too. Was Jesus really born on Christmas day? No. We don’t know what day he was born. Matthew and Luke both tell the story, but neither one tells us what day Jesus was born. Luke comes close when he says in Luke 2:11: “For today is born to you in the city of David, a Savior, who is the Lord Christ,” but he never specifies the actual date. Neither does anyone else in the Bible. Birth dates were simply not that important in biblical times. So why do we celebrate Christmas on December 25th?

December 25th was chosen by the leaders of the Catholic Church in the year 336. The emperor Constantine had recently made Christianity the official religion of his empire. Historians speculate that the church chose December 25th because that was a major pagan holiday. Turning it into a Christian holiday made it easier for pagans to become Christians. The church celebrated Christ Mass on December 25th to consecrate the day. Eventually the day became known as Christmas Day. That day was not accepted by the Eastern church for half a century, and it took another 500 years for it to become a major Christian festival.

Epiphany originated in the Eastern Church as a celebration of the baptism of Jesus. Later it was accepted in the West as a celebration of the arrival of the three Magi from the East to worship the baby Jesus. It wasn’t until the year 534 that the important dates of the Christmas season were consolidated. The date chosen for the Epiphany was January 6th, creating twelve days of Christmas (December 25th to January 6th.) Some churches celebrate the Epiphany on January 13th. 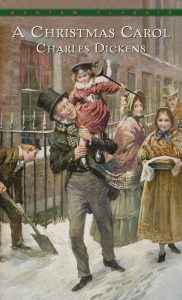 If we don’t know the true date for the birth of Christ, and if the birth date was not important for the early church, why do we celebrate it? One reason is revealed in The Christmas Carol by Charles Dickens. Ebenezer Scrooge was a mean, miserly, business man who despised Christmas. He severely underpaid his employees and wanted them to work on Christmas Day. When asked to give a donation for the poor, he sneered that they should go to workhouses for the poor or die to relieve the world of the burden of their population.

That night he was visited by ghosts. Christmas Past showed him his own deprived childhood. Christmas Present revealed the hurtful impact of his greed and miserliness, especially on his clerk’s family who couldn’t afford any medical care for their little sick son. Christmas Future showed him Tiny Tim’s death with its devastating effect on the family, and his own lonely death, unloved by anyone. Deeply shaken, Scrooge asks if can have another chance. Then he wakes up.

It’s Christmas Day, and Scrooge immediately begins to do all he can to correct his previous actions. He becomes a kind compassionate man, enlivening the spirit of Christmas, and becoming like a “second Father” to Tiny Tim.

The Christmas Carol is a heart-warming story about the Christmas spirit written from a secular perspective. What does the Bible say? The Old Testament revealed God as a divine Judge who punished his people severely when they deviated from his commandments. There are occasional flashes of God’s love depicted in the Psalms and some of the prophets, but God is predominantly portrayed as a stern and sometimes vengeful Judge.

Jesus proclaimed the love of God. He affirmed that the great commandment is to love God with all our heart, soul, mind, and strength, and the second is to love our neighbors as ourselves. A Jewish lawyer, probing Jesus on this, asked: “And who is my neighbor?” Jesus, in reply, told the story of the Good Samaritan (Luke 10:25-37). There is deep meaning in this story. 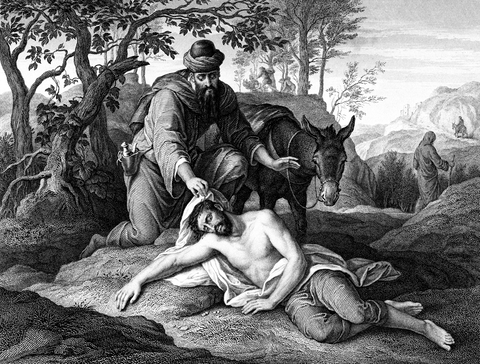 “The one who had compassion” replied the lawyer, capturing the point of the story. Love is not limited by family, tribe, or ethnicity. Jesus told him to go and do likewise.

The New Testament reports other instances of Jesus extending loving service to non-Jews. His disciples were slow to understand the depth of his commitment, but they eventually got it. Love is pervasive in their writing.

The love chapter in I Corinthians 13:1-13 captures the essence of what love means. I won’t quote the full chapter here, but I’ll close with the last verse: “And now abides faith, hope, and love, these three; but the greatest of these is love.”

Today this message shines as the Christmas spirit flows throughout the world.