Home Healthy Living Blog A Walk in the Park

A Walk in the Park 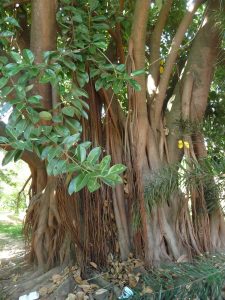 I had a meeting scheduled with District Superintendent Rev. Daniel Chitsiku this afternoon. I took the AU bus into town and did a bit of grocery shopping. Still having a couple hours to spare, I took a walk in the Mutare City Park. This is a lovely park that has been there for decades. I found a concrete bunch shaded under a large fig tree and enjoyed some quiet time there. After a bit, a young man walked up and asked if he could join me on the bench. He had notebooks with him to study, but we also struck up a nice conversation. He is studying computer technology, but the most interesting thing I learned was that he is a dedicated runner. He routinely runs a 14K route with a couple friends every Saturday, and he was won both a silver medal and a bronze medal in province-wide competition. At 18 years of age, he is the same age as my grandson, Sam, who is also a good distance runner. With such common interests, they might like to get acquainted on the Internet!

The meeting at the District Superintendent’s office was a good one. I’ll have more to say about it after we’ve had more meetings about the Skills Training Center that we’re working on. I caught the AU bus back to campus. A weird intriguing insect was at my door so I took a few minutes to examine it before going in to put my groceries away. Here it is: