Home Reflections from My Twilight Years A Modern Parable of Trust

A Modern Parable of Trust

Caring trust is important in countless relationships. These include husband-wife, parent-child, teacher-student, doctor-patient, employer-employee, and many others. In relationships, the underlying principle is similar. Mutual trust is vital to healthy relationships.

Johnny and Jimmy, two children under my care early in my medical career, taught me much about trust. My teachers were both two years old.

Johnny’s mother brought him to see me because he was running a fever. This was the first time he had ever seen me. Johnny eyed me suspiciously from the safety of his mother’s lap while she explained his symptoms. When his mother completed her story, I turned my attention to Johnny. A look of frantic alarm crossed his face, and he wrenched himself around to hug his mother as tightly as possible. 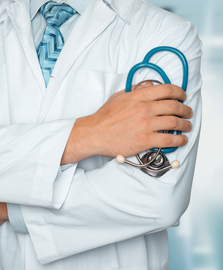 It was clear that Johnny wanted nothing to do with me. Examining him was not going to be easy. Making sure that my stethoscope was warm, I placed it gently on Johnny’s back, the only approachable part of his anatomy. He let out a bloodcurdling scream at the touch of the stethoscope and straight-armed me with a twisting maneuver that would have done credit to a professional football player.

Johnny had to be examined before any treatment was possible. It took four of us to hold him on the examining table. His lungs were fine, as his screams suggested, and I was able to get a glimpse of his eardrums to make sure they were OK. Then the screaming paused as Johnny clenched his teeth on my tongue blade and held on like a bulldog while I tried to look into his throat.

Finally, he loosened his grip momentarily, and I was able to depress his tongue long enough to see his tonsils. They were an angry red and covered with pus spots. Johnny had acute tonsillitis.

He returned to his mother’s arms hot and sweaty, but quiet once the examination was done. The correct diagnosis was established and proper treatment prescribed, but it had been tough on everyone, especially Johnny.

It was just a day or two later that Jimmy’s mother brought him into the office. The circumstances were nearly identical. Two-year-old Jimmy was running a fever and not eating well.

When I approached Jimmy, he smiled wanly and held out his arms. I hoisted him onto the examining table, and within minutes, I had listened to his chest, examined his ears, and looked down his throat. Sure enough, Jimmy also had tonsillitis. I quickly prescribed penicillin for him. Again, mission accomplished, but what a difference!

The science involved in two illnesses was identical in terms of disease, diagnosis, and treatment. Yet instead of a difficult, painful experience, Jimmy’s examination was quick and easy. Although he wasn’t feeling well, Jimmy grinned and waved as he left with his mom.

The difference was trust. Jimmy had known me since he was a baby. He trusted me, and because of his trust, examining him was easy for both of us.

Since then, I have often reflected that trust is an extraordinarily wonderful quality. How much unnecessary pain is experienced in our world due to lack of trust? Yet trust between people does not come automatically. It is gained through shared experiences of mutual caring respect. 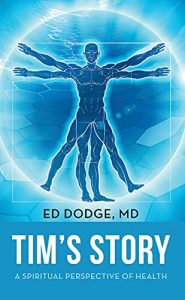 P.S. I tell this true story, and many others, in my book, Tim’s Story, A Spiritual Perspective of Health. First published 16 years ago, Tim’s Story combines my personal memoir with a spiritual perspective of health. Much has happened over 16 years, including an opportunity to fulfill lifelong dreams, and later, serious challenges to my health. The 2nd edition of Tim’s Story, published by Stratton Press, brings all this up to date. This new edition is now available in paperback and as an e-book through Amazon.com.

Read previous posts in my blog, Reflections from My Twilight Years, here.