Home My Life in Africa The Power of Caring Connections

The Power of Caring Connections

Most people have a desire to connect with others. Facebook is a major online institution because of this. People around the world join Facebook so they can connect easily with friends and many others. Facebook is a powerful social force because so many millions of people belong to it. The phenomenon of cell phone usage skyrocketing over the past 20 years provides more evidence of the strong desire to connect with others. Even people mired in poverty spend scarce money to buy simple cell phones so they can be connected.

Yet superficial connections may not be emotionally satisfying. People drop out of many organizations because of this. There is a need for deeper, more meaningful connections. A good example of their value can be seen in support groups that Dean Ornish, MD established to rescue patients with serious heart disease. 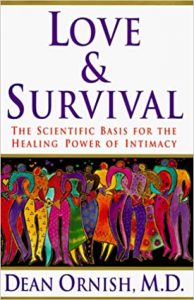 Ornish designed his prevention program in the 1970s. He accepted patients who had been rejected by heart surgeons because they were too high-risk for surgery. His program included a plant-based diet, carefully supervised exercise, smoking cessation, meditation, and regular participation in support groups. The reason for the support groups was simply so patients could encourage each other.

The Ornish program proved to be highly successful, much to the astonishment of the medical establishment at that time. Patients began feeling better within days. Blood tests showed steady improvement, and over the years, coronary angiograms proved reversal of the blockages. Up until then, the medical world was certain that bypassing such blockages surgically was the only way to correct them.

Ornish was delighted by the proof that his program worked, but he wanted to find out which part was most effective. To his surprise, statistical analysis showed that support groups were the most powerful factor helping patients succeed.

In reviewing the medical literature, Ornish found that support groups proved helpful to patients in many kinds of programs. He learned that when patients get to know each other, they care about their progress. Ornish concluded that caring about the well-being of others is a form of love. Based on these findings, he wrote his landmark book, Love & Survival, in 1998.

Dr. Ornish was not the first physician to emphasize the importance of caring. Dr. Francis Peabody wrote a classic essay in 1927 in which he said, “The secret of the care of the patient is in caring for the patient.” (The Care of the Patient (JAMA 1927; 88:877-882). Thousands of medical students over the years have been told to read and absorb his essay.

The story of the Good Samaritan is enlightening on this point (Luke 10:25-37). In discussing the commandment to love one’s neighbor, a lawyer asked Jesus the critical question: “But who is my neighbor?”

Jesus told the story of a traveler on the road to Jericho. A gang of thieves jumped on him, robbed him, and beat him up within an inch of his life. They left his body on the side of the road. A priest happened to come by, saw him, and kept his distance as he passed on the other side of the road. A Levite coming by did the same thing. 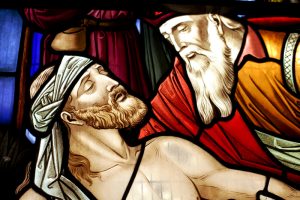 Then a Samaritan came by, saw him, and felt compassion for him. He tended to the man’s wounds, loaded him up on his donkey, and took him to the nearest inn to care for him. Resuming his trip the next morning, he left the innkeeper some money and told him to care for the man until he returned.

After telling this story, Jesus asked who proved to be a good neighbor? “The one who had compassion,” replied the lawyer. Jesus agreed and told him to go and do likewise.

In this story, finding a severely wounded man on their path was a chance encounter for each traveler. The priest and the Levite made sure it remained as distant and impersonal as possible. The Samaritan turned it into a strong caring connection. He may have saved the life of the traveler.

So when are deeper connections important? It’s not possible to list every situation that calls for a caring connection. What’s important is to keep one’s mind and heart open to caring and to act accordingly. Simply having a friendly attitude is enough most of the time.

Families are a special category worth discussing. Newborn babies are totally helpless. They need lots of loving care. Families are their cradle. Good parenting by the mother and father is vital. It is within families that caring respect for one another is learned for the rest of life. Caring for family may be the most important life task for both mothers and fathers.

I can speak to this personally. Near the end of my two-year assignment in Ethiopia, early in my career, I was offered a good academic position, sponsored by Johns Hopkins, at a medical school in Nigeria. When I told my wife (Nancy), she said “No!” She would not agree to live in Africa beyond our time in Ethiopia. If I accepted the position, it would be without her and our children. 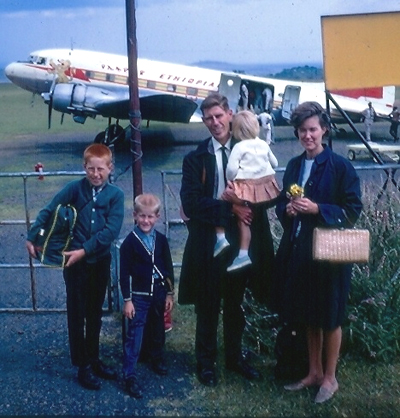 Our family at the airport in Gondar (where I taught), leaving in 1969 after we had lived there for two years.

I wasn’t surprised because Nancy had severe culture shock our first year in Ethiopia. Yet my goal had been to devote my life to health care in Africa. I grew up in Africa and was in International Health at Hopkins because of this. Now I was at a serious fork in my life path: Pursue my professional dream, or keep my family. Making a decision didn’t take me long. I wired my appreciation for the offer but turned it down. My family was more important to me.

I floundered professionally for several years after returning to the United States, but I never regretted my decision. Now, in my twilight years, I’m thankful for the path I chose to take. I have received several awards for my work and I appreciate the honor. Yet, at age 85, my family and my friends are my greatest joy.

Read previous posts in my blog, Reflections from My Twilight Years, here. 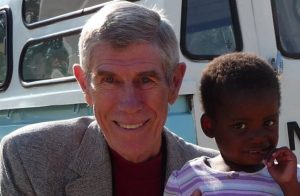 P.S.: After I retired, I made several VIM (Volunteer-in-Mission) trips to Africa and was then offered a position as an adjunct professor at Africa University. I taught one semester a year for five years, forming something of a career capstone that was fulfilling and rewarding. I made many friends in Africa during that time.