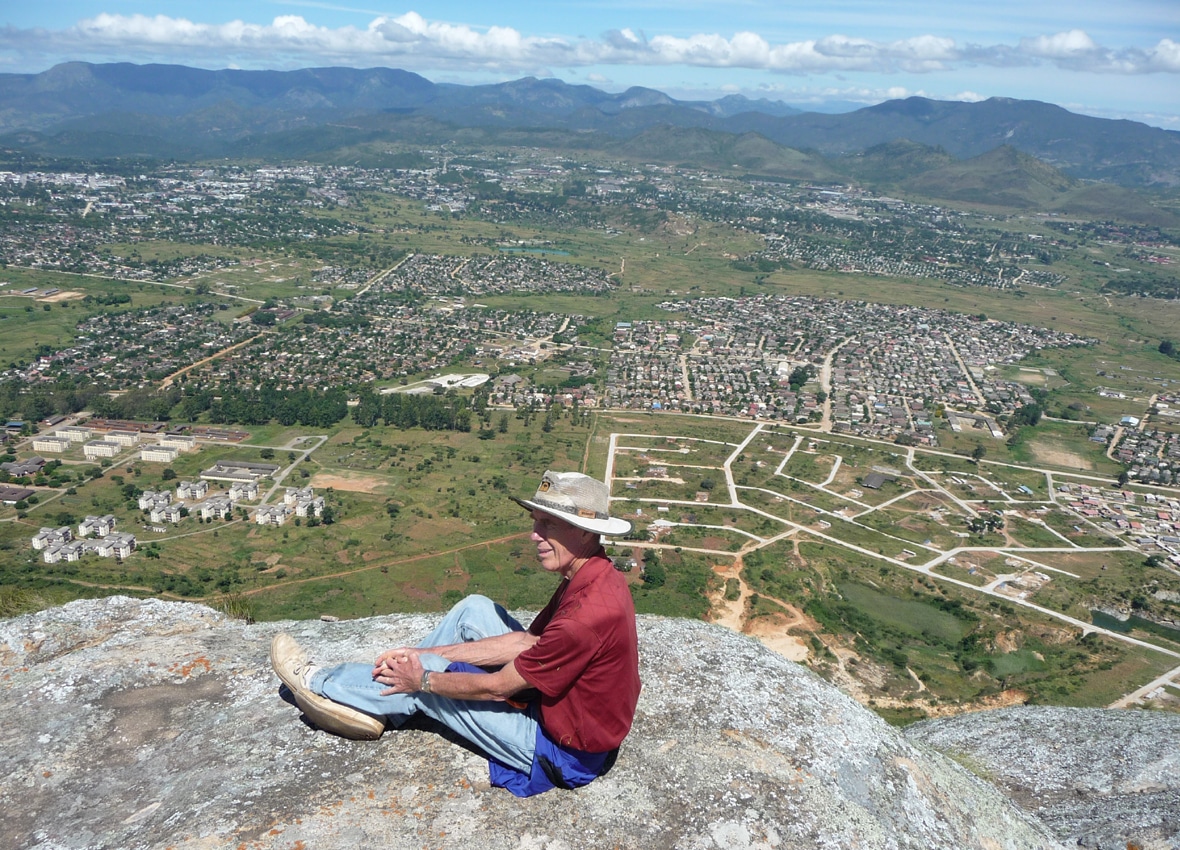 My friend Liberty has been offering to guide me on a climb up Mt. Gomorembira, and today was the day. I took the 8 AM bus into Mutare and met Liberty on Gomorembira (meaning Rabbit) road, which meanders around the base of the Gomorembira mountains. Evidently rabbits used to be plentiful in these mountains. They would come down from the mountains to feast in the gardens of people who lived in that area. The picture below shows Liberty standing in the foreground with Mt. Gomorembira looming in the distance. (The closest mountain on the right is not part of the Gomorembira range.)

We followed a path that circled up and around the mountain gradually so that our approach to the top came from the backside of the mountain. Even though it was gradual, it was a fairly arduous climb. Along part of the way we followed the major water pipelines that come down from the Mutare City water reservoir at the top of Christmas Pass. At a point where the pipelines cross a deep ravine, we could see a fountain of water gushing from a leak in one of the main lines.

We continued our circuitous climb for another couple hours after reaching the Christmas Pass area, finally reaching the highest middle peak at noon. Then we sat down on a branch to enjoy the light lunch snack we brought along with us (two bananas and a half liter of water apiece.) I don’t know if we enjoyed the bananas or the water the most. Both were great. Then we decided to go along the ridge toward the west. It dipped before rising again to a rock-domed peak. The view of the entire Mutare City and Valley from that vantage was fabulous.

Liberty enjoying the view, perched high above the Mutare Valley

After enjoying the views for half an hour, we made our way down a bit more directly than we had gone up. It still took three hours to get back to the bus stop area. I never enjoyed the bus ride back to campus as much as I did this time. It had been a great day, but it was good to sit down and watch the sunset on the ride home!