New readers, please notice the dates on all entries. Part I of My Bladder Cancer Story took place in 2018. I use the actual dateline framework so the story will unfold for the reader as it happened to me.

We reported to the Urology Surgery Center at 6:30 a.m. I was ushered into the preparation suite and assigned a cubicle. After I was readied for surgery, including having an IV line inserted into one of my veins, Carol was allowed to join me for a few minutes. A friendly doctor in scrubs came by to introduce himself as my anesthesiologist. When all preps were completed, I was wheeled into a typical surgical operating room. I had worked in many operatIng rooms, and it all looked familiar to me except that now I was the patient on the operating table.

I zoned out quickly after the anesthesiologist injected a sedative into my IV line. When I came to, I had been wheeled into the post-op recovery area and a nurse was monitoring my vital signs. After I was sufficiently awake, Carol was allowed to sit at my bedside. She said that Dr. G had come out to the waiting room after surgery to tell her the results. 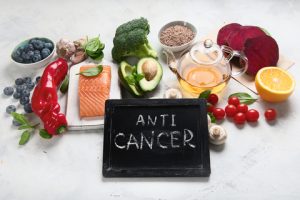 He was surprised to find no evidence of cancer – so surprised that he checked his records to make sure he was operating on the right patient. He took two biopsies where the cancer had been before, but now there was no microscopic evidence of cancer. Dr. G was stunned. He had never seen cancer disappear like this before starting treatment.

It was amazing. Just ten weeks previously, he had seen cancer fronds involving nearly half of the bladder lining. The diagnosis was biopsy-proven. The pathology report said: “High grade papillary urothelial carcinoma, non invasive.” It was classified as “Pathologic stage pTa.” This meant that it posed high risk of recurrence. Yet this high-risk cancer had disappeared without any treatment in less than three months. Dr. G was still amazed when he discussed this with me later. He had no explanation for it, but he said to keep on doing what I was doing.

I had no doubt that the anti-cancer diet was responsible for the cancer’s disappearance. I had embraced the diet whole-heartedly because the research by Dr. Li and other scientists had convinced me of its effectiveness. Not only did it prove effective, but I was surprised at how quickly it worked. I’m happy to stay with it!

The problem now is that the stricture is severe enough to give me problems down the road. Dr. G explained that this is a complication that can happen after operative cystoscopy because the urethra must be dilated to allow the scope into the bladder. In the process, the delicate urethral lining is traumatized enough to cause scarring and narrowing of the urethra as it heals. This is what had happened to me after the first operative cystoscopy ten weeks earlier.

Dr. G sent me home today with a Foley catheter in place, and an appointment to see one of his nurse-practitioners in a few days. He wants her to teach me how to do self-catheterization in order to dilate the urethra and drain the bladder on a daily basis.

[Blog to be continued next week.]