Home Health Going for the Bronze

Going for the Bronze 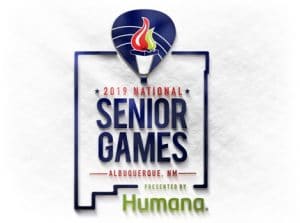 Larry and I were in the San Antonio Senior Games last month but never got to play our final match because one of the opposing players was missing. Yesterday we finally got to play that last match at the Barshop Community Center where they have a well-organized tennis program in a beautiful setting. This was to decide who would get the bronze medal. We had already missed out on the gold and silver medals in our earlier games. The first set was close, and we were fortunate to win it 6-4.

Between sets I looked at players on the other courts. Ages ranged from 5 or 6-year olds all the way up to the 80 to 85-age bracket that we were in, and everyone was clearly enjoying the game. I reflected on what a neat sport tennis is to embrace such a wide range of abilities and ages. What a great way it is to have fun and get good exercise.

Our second set had some well-played points, but was not as close as the first set. Larry and I won 6-1 to win the San Antonio Senior Games bronze medal in our age bracket. The bronze is the lowest-ranking of the medals, but winning it meant that we’re eligible to play in the National Senior Games in Albuquerque, New Mexico next year. That sounds like fun!